Here’s what we know about the drug so far.

Ivermectin has been making waves in the fight against COVID-19 recently. Although this drug is widely known for its veterinary use, a version for human use is also produced by the pharmaceutical company. More and more research is being released that shows that the drug has a positive effect when used to treat COVID-19 patients.

Now, a group of South African doctors will be meeting with the government to urge them to label the drug as a viable, approved method of treating coronavirus cases. The World Health Organisation has already marked Ivermectin as safe for humans and children. At the moment, only Ivermectin for animal use is being officially imported to South Africa. Government approval will ensure that a safe-for-humans version of the drug can enter the country.

On social media, articles are floating around that make certain claims about Ivermectin. Finding out what is true and what is simply fake news can become tricky. That’s why we have decided to set out what we know about the drug so far:

1. What is Ivermectin, exactly?Ivermectin is an anti-parasitic drug, which has been used against a range of parasitic conditions, in humans and animals.

In South Africa, SAHPRA has granted access to unregistered Ivermectin in cases of resistant scabies, but the drug is not approved for human use in this country. SAHPRA has said that the drug may not be used except in “well-designed, ethically approved scientific studies”.

Seeing as it is only allowed for animal use in South Africa, farmers use it to treat livestock to prevent heartworms and acariasis, among other things.

2.How effective is it against COVID-19?

A study conducted last year found that ivermectin reduced the replication of SARS-Cov-2 by about 5,000 times in a single treatment dose over the course of 48 hours, but this was in a laboratory setting (in vitro, as these studies are called), not inside an actual human body.

In a review published in June 2020 by Nature, ivermectin was found to have antiviral activity against a range of viruses including Avian influenza A, Porcine Reproductive and Respiratory Syndrome, HIV, and SARS-Cov-2. The review included 50 in vitro and within the body (in vivo) studies but highlighted that clinical trials were necessary to properly assess the definitive effects of ivermectin against Covid-19.

In smaller studies, such as one in India, Ivermectin was used to treat frontline workers against the Coronavirus. It showed a 73% reduction in COVID-19  infections. But the study is small and it is not clear whether it has yet been published in a reputable peer-reviewed journal.

3.Why are some people sceptical about Ivermectin?

The biggest problem is that there has been no large-scale trial of Ivermectin to treat COVID-19. The studies that have been done so far are too small and contain too many other variables for researchers to be 100% certain that Ivermectin is indeed useful against the Coronavirus.

In some case studies, Ivermectin was used in conjunction with other drugs. This makes it even harder to attribute a success rate to Ivermectin alone.

Earlier, the South African Department of Health said “The overall quality of the randomized trials involving ivermectin in Covid-19 patients is extremely low”. It also says: “From the available randomised control trial evidence, ivermectin is not superior to placebo in terms of viral load reduction or clinical progression. There is no evidence from randomised control trials for any reduction in mortality.”

4.Why do doctors want the drug to be approved in South Africa?

At the moment, people are using the veterinary version of Ivermectin to treat themselves. Doctors are concerned that this might have serious long-term consequences on patients who treat themselves in this way. By approving Ivermectin for human use, South Africa can import the human version of the drug and people can use the more appropriate version, if they so wish.

Other than that, many doctors are convinced that the drug is truly useful against COVID-19, although proper clinical trials are yet to be performed.

Even the World Health Organisation has said that Ivermectin is worthy of further investigation when it comes to the treatment of COVID-19. They will be probing the drug and its effectiveness soon.

The group of local doctors have a meeting with the government on 2 February where they will voice their arguments for the approval of Ivermectin in South Africa. Some have described the drug as the bridge for proper treatment until COVID-19 vaccines arrive in the country. 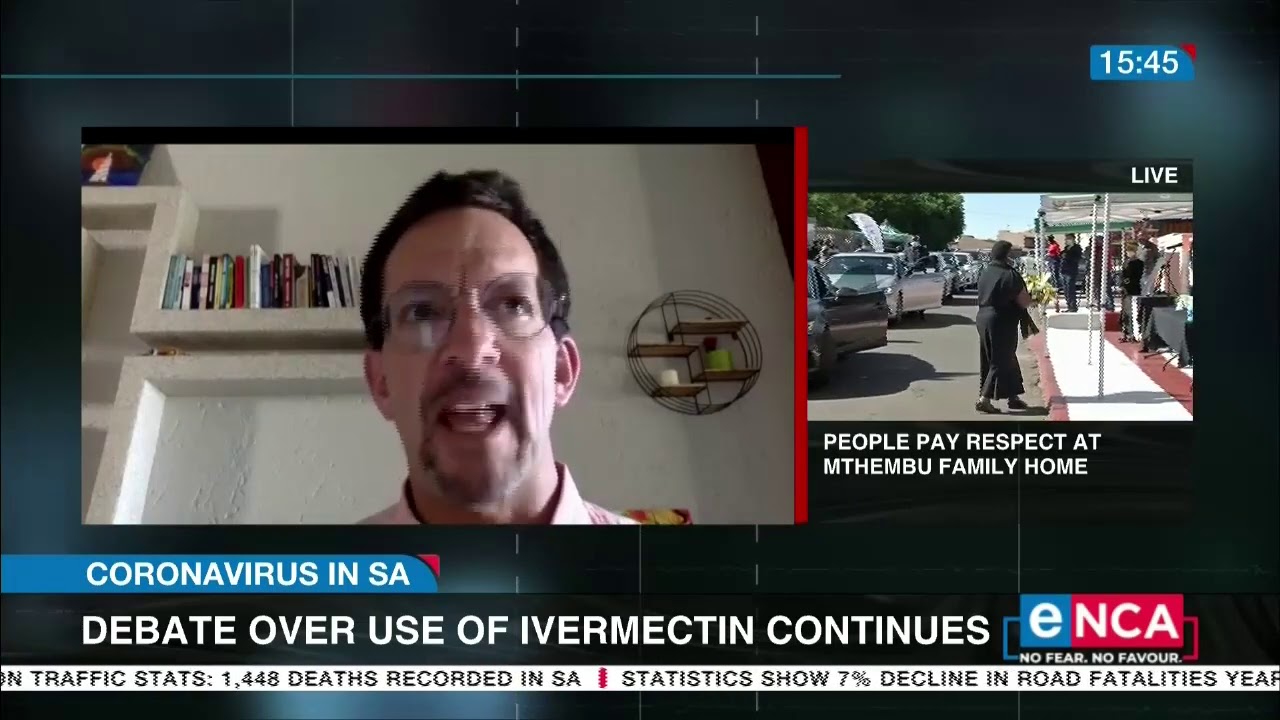